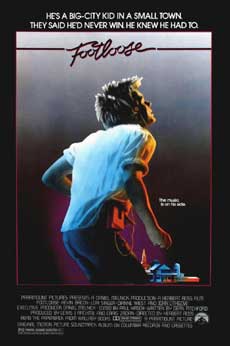 "He's a big-city kid in a small town.  They said he'd never win.  He knew he had to.  The music is on his side".  Starring Kevin Bacon as Ren McCormack, John Lithgow as Reverend Shaw Moore, and Lori Singer as Ariel Moore, the movie Footloose was released in 1984.  The movie was loosely based on events that took place in the small town of Elmore City, OK, where a ban on dancing had been in place for over 100 years (lifted in 1980).  Even though the movie was not a hit with critics, movie goers loved it, and it continues to be an 80’s movie staple.  It went on to earn $80 million dollars on an $8 million dollar budget.  The movie was remade in 2011, and a stage musical hit the scene in 1998.

In this movie, Ren McCormack (Bacon) is a big city teenager who is forced to move to a small town called Bomont due to a familial, financial hardship.  Culture shock soon sets in, because in Bomont, not only is rock music banned, but dancing is also prohibited.  Back in Chicago, dancing was the street wise Ren’s way of blowing off some steam, so he decides to try and find a way to ban the town’s young people together to lift the ban.

Standing in their way is the town’s minister, the Reverend Shaw Moore (Lithgow), who will stop at nothing to make sure the ban stays in place (after all, he created it).  And it doesn’t help matters that his daughter, Ariel (Lori Singer) is hanging out with Ren.  They get plenty of dancing practice hanging out at the bar in another town, until eventually the muster the courage to approach the city council.  Although Ren fails to convince the council, he does manage to eventually convince Reverend Moore, and the kids (and the adults), get a big dance after all. 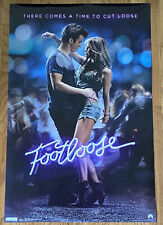 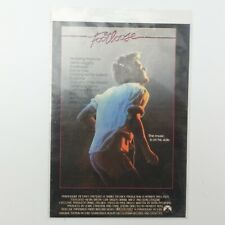 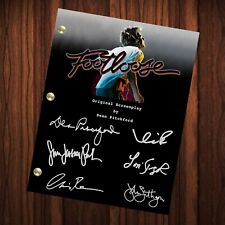 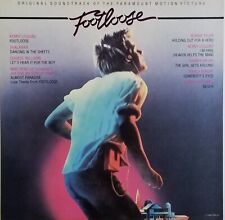 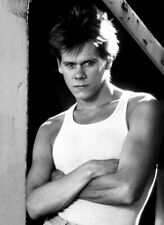 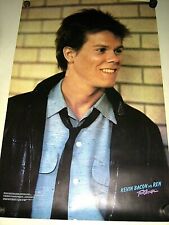 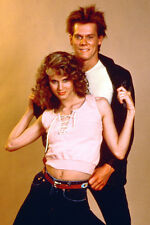