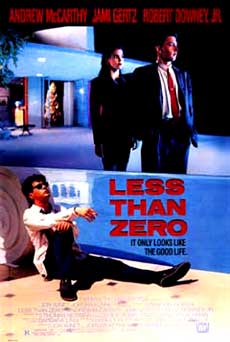 "It only looks like the good life".  Released in 1987, Less Than Zero starred Andrew McCarthy as Clay Easton, Jamie Gertz as Blair, Robert Downey, Jr. as Julian Wells, and James Spader as Rip.  The movie was based on a novel by Bret Easton Ellis.  The movie received mixed reviews, although some heavy hitters really liked it (including Roger Ebert).  Even though Ellis did not feel like the movie was a true representation of his novel, the movie still made money.

In this movie, the straight and narrow Clay Easton (McCarthy) returns home to Los Angeles from his first semester of college, only to find his girlfriend is hooked on drugs and having sex with his best friend from high school, Julian Wells (Downey).  Julian is in a bit of a pickle.  Not only has his company failed, but he is essentially homeless and owes a big sum of money to his drug dealer, Rip (Spader).

As the movie rolls on, Clay once again becomes romantically involved with Blair (Gertz), while Julian is forced into prostitution to pay off his debt to Rip.  In the end, Julian does not get the help he needs in time, and ends up dead.  As Clay returns to college back east, Blair agrees to go with him. 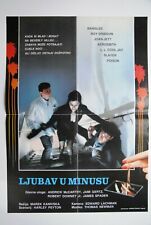 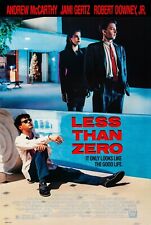 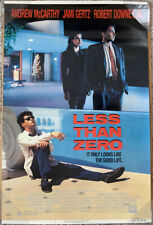 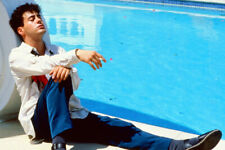 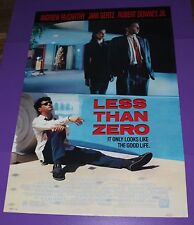 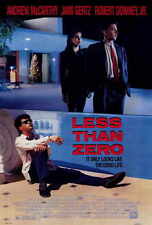 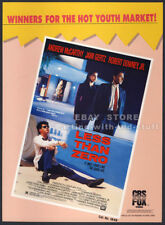 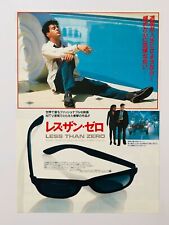 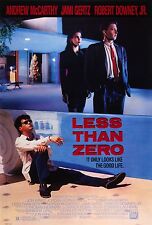