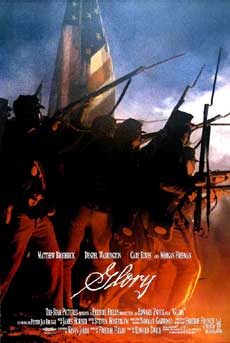 Glory, a civil war drama starring Matthew Broderick as Colonel Robert Goud Shaw, Denzel Washington as Private Silas Trip, Cary Elwes as Major Cabot Forbes, and Morgan Freeman as Sergeant Major John Rawlins, was released in 1989.  For the most part, the movie received positive reviews, although not everyone liked Broderick in the lead role, especially considering he was white and the story was mostly about black people during the Civil War.  The movie was not a huge financial success at the box office, but did turn a moderate profit.

This movie is about the combat contribution made by the 54th regiment of Massachusetts during the Civil War.  The 54th was a volunteer colored regiment, commanded by Robert Gould Shaw (Broderick), whose bravery at Fort Wagner, in South Carolina, demonstrated the regiment's military merit.  Shaw agreed to lead a volunteer regiment of black people after having spent some time with Frederick Douglas.

The rest of the film is about the prejudicial hardships encountered by the regiment, such as not being given provisions, being paid half what a white man was paid, and being threatened with death on site by the Confederacy for any captured black soldier.  At the Fort Wagner battle, Shaw is killed, as is a great number of the regiment, however their sacrifice encouraged the Union to recruit more colored soldiers. 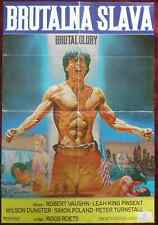 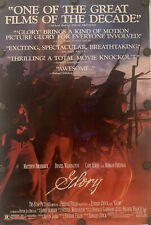 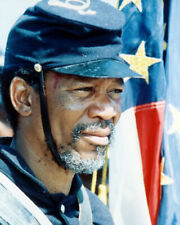 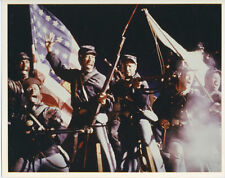 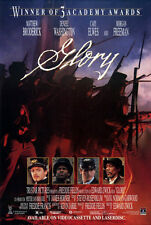 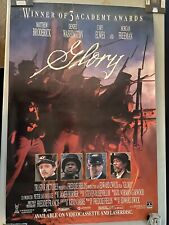 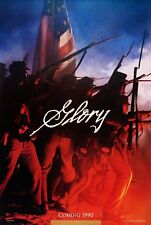 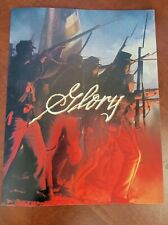