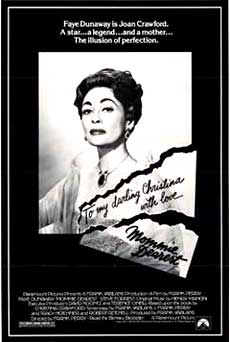 "Faye Dunaway is Joan Crawford  A star...a legend...and a mother...The illusion of perfection".  Mommie Dearest, released in 1981, was a biological drama about the life of Joan Crawford (starring Faye Dunaway as Joan Crawford).  The movie received mixed reviews at the time of its release, with some heavy hitters, like Roger Ebert, being less than king (he wrote “I can’t imagine who would want to subject themselves to this movie”).  On the other hand, some critics praised the movie, saying Faye Dunaway nailed Joan Crawford.  Regardless of the mixed reviews, the movie was a financial success, and has become a bit of a cult classic.

This movie was intended to demonstrate that living with a famous person is not all it is cracked up to be.  She manages to squeeze in a number of superfluous tirades during her daily rituals, and the housekeepers keep their distance when possible.  Unable to have her own biological children, Joan adopts a girl (Christina) and a boy (Christopher).  She exacts her personality and peculiarities on them, until Christina begins to rebel.

As Joan’s career begins to wind down, her behavior gets more and more aggressive and unpredictable.  After one particular episode where she physically attacks Christina in a front of a reporter, Joan decides to send Christina to a boarding school.  As the years go on, the kids grow up and continue their lives, as does Joan.  In the end, Joan passes away, and the kids learn she has gotten the last word by cutting them out of her will. 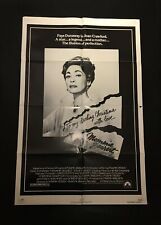 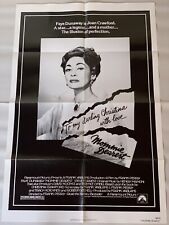 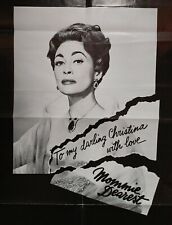 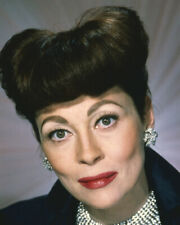 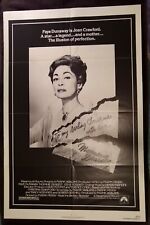 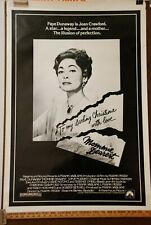 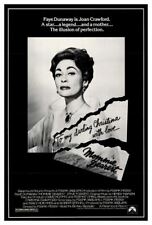 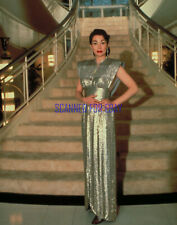