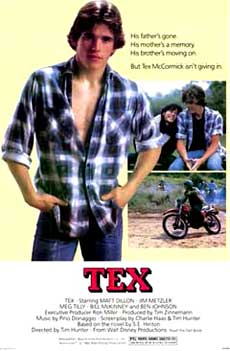 "His father's gone.  His mother's memory.  His brother's moving on.  But Tex McCormick isn't giving in".  Starring Matt Dillon as Tex McCormick, Meg Tilly as Jamie Collins, Jim Metzler as Mason McCormick, and Emilio Estevez as Johnny Collins, the movie Tex was released in 1983.  The movie was based on a novel by S.E. Hinton titled the same, and was one of the earlier Walt Disney productions to come with a PG rating.  The movie did well with most critics, with heavy hitters like Roger Ebert giving the film 4 out of 4 stars, and it turned a small profit.

This movie, which was set in Tulsa, Oklahoma, was essentially a small town coming of age movie.  In this movie, Tex (Dillon) who lives with his older brother, Mason (Metzler), can't seem to stay out of trouble.  Their mother has died, and since their father is away most of the time, the brothers must fend for themselves in the small Tulsa suburb town of Bixby.  They do what they can to make ends meet, including selling Tex’s horse in order to pay the utility bills.  Although the pull is strong to move in the wrong direction, the brothers manage to keep it together as they struggle together. 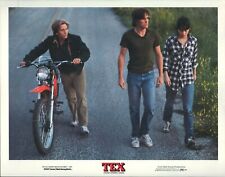 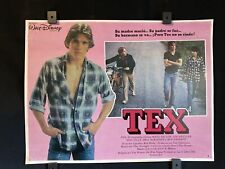 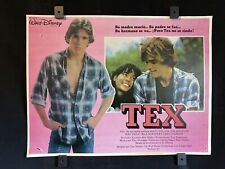 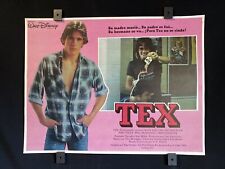 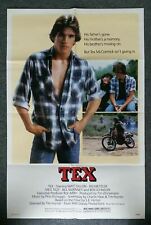 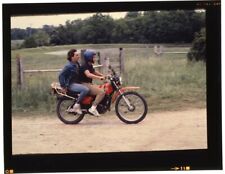 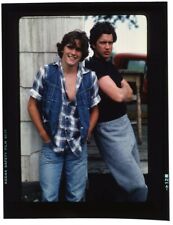 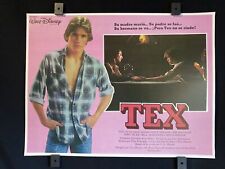 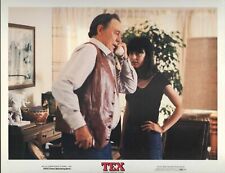