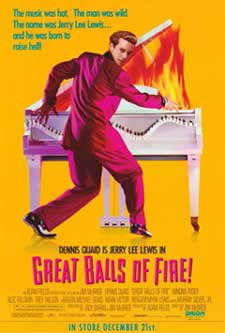 "The music was hot.  The man was wild.  The name was Jerry Lee Lewis...and he was born to raise hell".  Great Balls of Fire was a 1989 biographical movie about the life of the 1950's rock-n-roll star Jerry Lee Lewis.  The movie starred Dennis Quaid as Jerry Lee Lewis, and Winona Ryder as Myra Gale Brown, his 13 year old bride.  The movie met with mixed reviews, but ultimately turned a small profit.

What made Jerry's life interesting was his flair for rock music.  It was thought that he might surpass, or at least equal, the popularity of Elvis had it not been for poor life choices.  The movie revolves around both Jerry's relationship with his preacher brother, Jimmy Swaggart (played by Alec Baldwin), and his love for the 13 year old daughter of his bass player (who also happens to be his cousin).  When it is discovered that he has wed a 13 year old, Jerry's career begins to unravel.  He turns to alcohol as his career quickly takes a nose dies, and is unrepentant in the end. 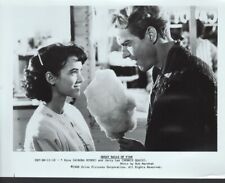 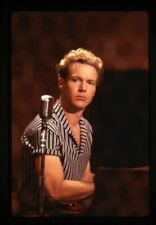 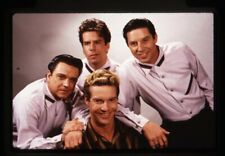 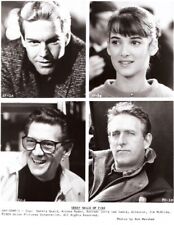 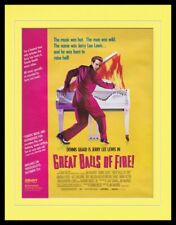