Listen for free or download any Sting track for just 12 cents per song! 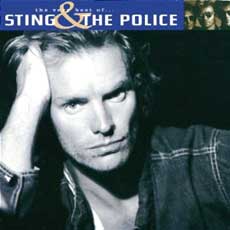 For those of you who think that Sting is his real name, sorry to disappoint you.  Gordon Matthew Thomas Sumner, aka Sting, was a British musician better known for his tenure as vocalist for the band The Police.  Sting started playing the guitar at a very young age.  After going to an educational college in the early 1970's, Sting graduated to become a school teacher.  He taught during the day, and played jazz in the clubs at night.  It was in one of those bands, called the Phoenix Jazzmen, that he earned his nickname after wearing a black and yellow striped sweater one night that reminded everyone of a bee.

In 1977, Sting joined The Police.  The very successful Police released 5 albums between 1977 and 1983.  After their last release as The Police, the members amicably agreed to pursue solo careers.  Sting started his solo career while still a member of The Police, but his first solo album, The Dream of the Blue Turtles, was not released until 1985).  The album was a huge success, and featured a number of hit songs:  "If You Love Somebody Set Them Free", "Love is the Seventh Wave", "Fortress Around Your Heart", and "Russians".  His second solo release, and last release of the 1980's, was the album Nothing Like the Sun (1987).  Songs you might remember from this album include "We'll Be Together", "Be Still My Beating Heart", and "Englishman in New York".

Sting continued producing post 1980's.  He was active well into the 2010's, both performing on stage and releasing new material.  In 2007, Sting and The Police were back together for a new world wide tour.  Sting could not only be found on stage during his career, but also on the silver screen and television.  He has starred in a number of films and TV episodes since the late 1970's.  In addition, Sting is well known as a philanthropist and human rights activist.  The Sting Discography is as follows:

Listen for free or download any Sting track for just 12 cents per song! 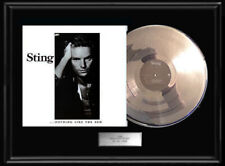 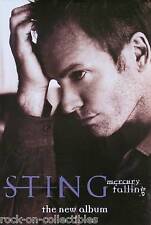 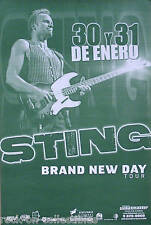 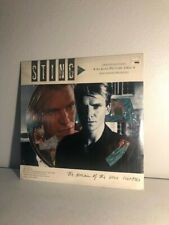 STING 1987 NOTHING LIKE THE SUN POSTER INSERT FOR VINYL LP ALBUM~CLEAN & UNUSED
$9.99

The Police Sting 1986 The Dream Of The Blue Turtles Original Russia Promo Poster
$29.74