Listen for free or download any Thomas Dolby track for just 12 cents per song! 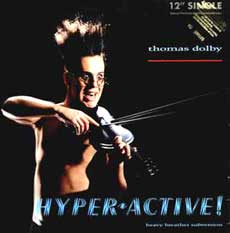 Thomas Morgan Robertson, aka Thomas Dolby, was born in London.  As he grew up, he moved around to places like France, Italy, and Greece, all along teaching himself to play various instruments.  In the early 70's, Robertson's friends decided to give him the nickname "Dolby", based on the fact that he was constantly playing with keyboards, recordings, and using the Dolby Laboratories processes.

Dolby's first album was released in 1982 (The Golden Age of Wireless).  This album was by far his most successful, as it featured three hit songs:  "She Blinded Me With Science", "Europa and the Pirate Twins", and "One of Our Submarines".   His 1984 release, The Flat Earth, was not as successful, but did feature the UK hit "Hyperactive!" and the US Main hit "Dissidents".  Some of you may even remember the song "Airhead" from the 1988 release, Aliens Ate My Buick.

It is worth noting that in the early 1980's, Dolby had a separate project called Dolby's Cube, which released more dance oriented music.  He also collaborated with Foreigner and even Def Leppard.  As the years have rolled on, Dolby has continued to be very active, even well into the 2010's.  He dabbles in a little bit of everything.  At the time of this writing, the Thomas Dolby Discography was as follows:

Listen for free or download any Thomas Dolby track for just 12 cents per song! 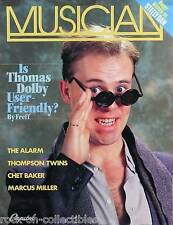 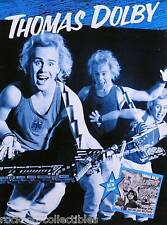 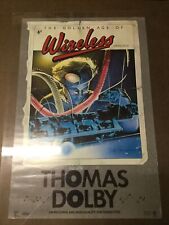 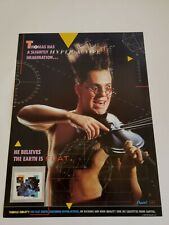 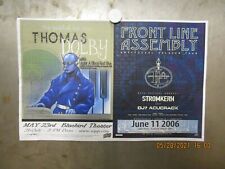 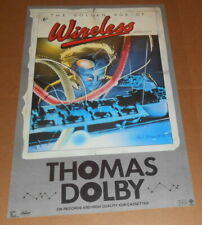 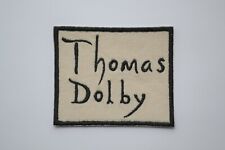