Listen for free or download any Til Tuesday track for just 12 cents per song! 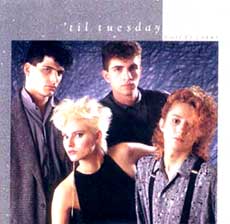 Boston's 'Til Tuesday was formed in 1982 by vocalist and songwriter Aimee Mann.  After winning a Boston radio station contest in 1983, their song "Love in a Vacuum" began getting local airplay, eventually catching the attention of Epic Records.

Although the song "Love in a Vacuum" gave them their start, it was the title track from their first album, Voices Carry, which was their biggest hit.  The song "Voices Carry" made it all the way to no. 8 on the Billboard Hot 100.  Because of a catchy music video, 'Til Tuesday became an early MTV favorite.  They won the MTV Best New Artist award for their efforts.  Their follow up release, Welcome Home (1986), was a bit of a departure from the new wave sound that fans had grown to love.  Nevertheless, it still featured the hit songs "What About Love" and "Coming Up Close".  Their 1988 release, Everything's Different Now, managed a US Rock top 40 song with "(Believed You Were) Lucky".

Although their final two studio releases received critical acclaim, and had some charting success (as previously mentioned), the band broke up in 1988/1989.  Although the band had split, Aimee Mann continued her activity as 'Til Tuesday.  In 1992, she began a solo career.  As far as ilovethe80s.com knows, no reunion is in the works.  The Til Tuesday Discography is as follows:

Listen for free or download any Til Tuesday track for just 12 cents per song! 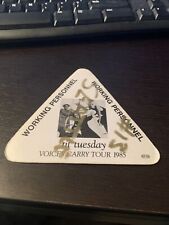 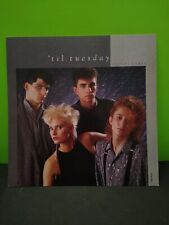 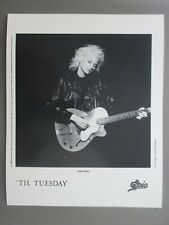 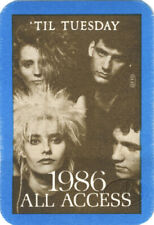 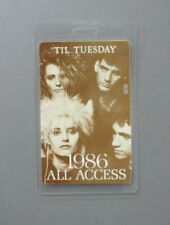 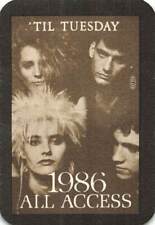 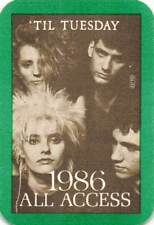