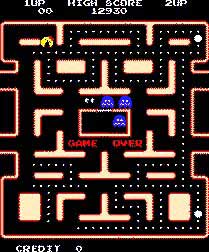 Pac-Man was probably the most popular and recognizable game to come of out of the 1980’s.  It is one of the view stored and featured at the Smithsonian Institute.  Not only were there the games and the various sequels, like Ms. Pac-Man and Jr. Pac-Man, but there was also a cartoon TV series, cereal, and a 1982 top 10 hit by Buckner & Garcia called “Pac-Man Fever”.  Pac-Man was developed by Namco and released in 1980 (distributed by Midway in the USA).  It is estimated that by the end of the 1990’s, Pac-Man had grossed nearly 3 billion dollars in sales (one quarter at a time). 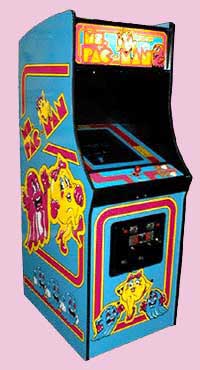 One of the reasons Pac-Man was so successful was due to its simple nature.  The player controlled Pac-Man through a maze in order to eat pellets (or pac-dots).  Once the pellets are completely eaten, the player moves to the next stage.  Each stage featured four enemy ghosts:  Shadow (Blinky), Pokey (Clyde), (Bashful) Inky, and Speedy (Pinky).  These ghosts would chase Pac-Man around the maze, and if they touched him, the player would lose a life.  Each corner of the maze featured a single super-pellet power-up that, once consumed by Pac-Man, would allow him to attach and eat the ghosts for a certain number of seconds.  The eaten ghosts would then return to the center of the maze and re-generate.  The mazes would be become increasingly more complex, the ghosts faster, and the time allowed to eat them slower, as the levels progressed. 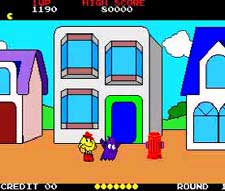 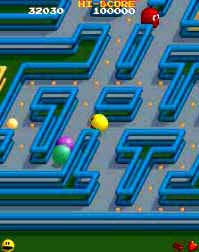