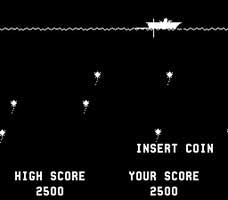 Sea Wolf was released by Midway in 1976 and Sea Wolf II in 1978 (pictured at the bottom of this page).  The 1976 version was monochrome, and the 1978 version was a color game.  From the bowels of a military submarine, the player would look through a periscope and aim torpedoes at passing ships at the top of the screen.  Each torpedo had to be timed perfectly to hit passing ships, and sometimes floating mines would get in the way.  Fans of the game will remember that there was a small screen within the periscope that would display the number of torpedoes remaining as well as display a light when an enemy ship was hit.  The game had a time limit, but if the player were to reach a certain score, additional playtime was granted. 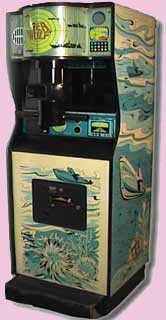 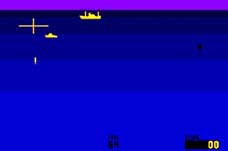