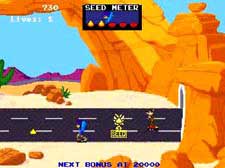 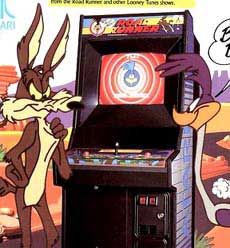 There was a 1977 arcade game by Midway called the Road Runner (pictured below), but there was no connection.  This 1977 version was a shooter game where the play would blast roadrunners, buzzards, and other animals.  The 1985 version was developed for the Atari 2600, Commodore 64, NES, and a number of other systems. 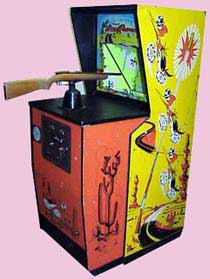