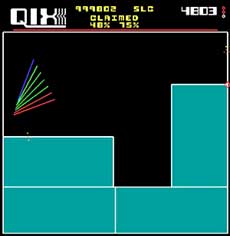 Qix, prounced "kicks", was a Taito game released in 1981.  The game had brisk sales and was a common system at the arcade.  The objective of the game was to effectively cordon off the majority of the playing area.  Each stage began with the Qix entity moving around an empty, rectangular playing area.  The object of the game was to draw boxes in the open playing area, without getting hit by the Qix or the other enemies (called Sparx), until a certain percentage of playing area was claimed by the player (usually 75%, depending on how the arcade had it configured). 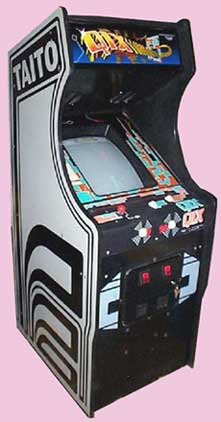 The game was popular enough to not only win some awards back in the day, but to also warrant re-releases in later years.  Qix could be found in Taito game collections for the PS2, Xbox, and many others.